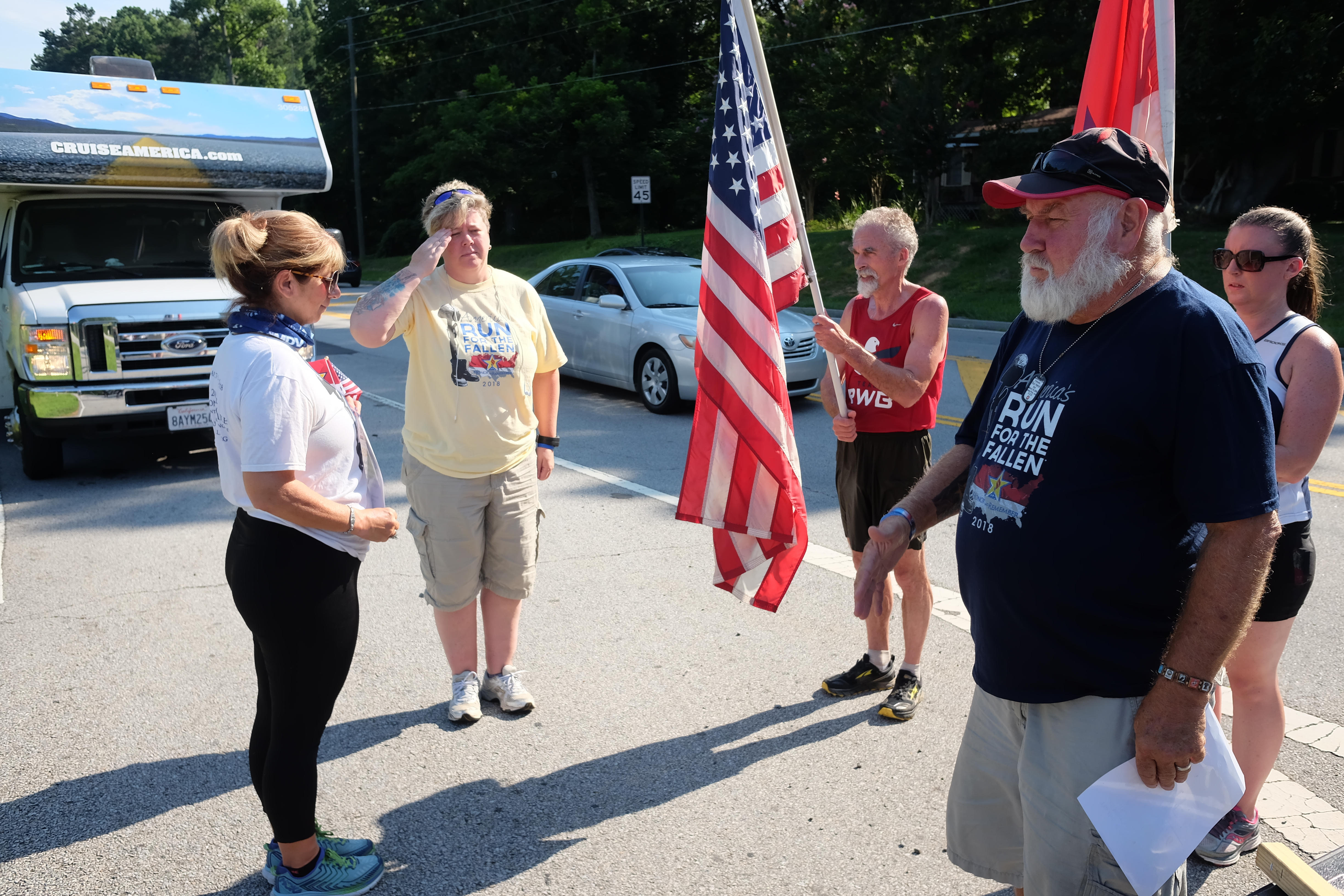 Honor and Remember
Run for the Fallen
History 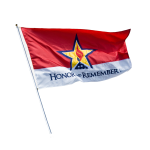 On Memorial Day of 2008 in Norfolk Virginia, the Honor and Remember Flag was publicly unveiled to become a nationally recognized symbol of remembrance. This flag was established as a tangible reminder to all Americans of the high price paid for the freedoms we enjoy. It represents all generations of fallen heroes from all wars, all branches of service and all causes of death while serving or as a result of serving. It is a daily visual celebration of the lives it represents and a sign of appreciation to the thousands of grieving families left behind. Three weeks later on the west coast …..

On Flag Day, June 14, 2008, a dedicated team of runners participated in the first Run for the Fallen and ran 4100 miles across America from Fort Irwin, CA to Arlington National Cemetery, one mile for every Soldier, Sailor, Airmen, and Marine killed since the War on Terror began.  A total of 3800 service members. For ten weeks, team members marked each mile with an American flag and biographical sign card in an apolitical reflection of remembrance of each life lost.

During the course of these historic events the founders of these two organizations met and instantly formed a bond realizing that their missions were perfectly aligned. Since that moment in 2008 they began a lasting friendship and a common goal that precipitated a parallel path.

Each year since the first run across America, runners from around the world have joined Run for the Fallen in remembering our fallen. Over 50,000+ participants and over 200,000+ miles have been collectively run in remembrance of those heroes, organized in over 26 states. But more still needed to be done. A plethora of state runs continue to exist with additional being added yearly. 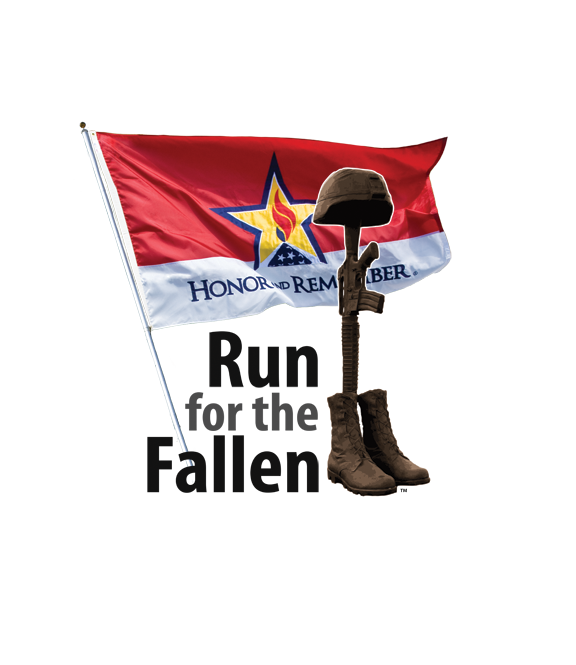 In hopes of creating a greater impact, in 2014 Honor and Remember and the Run for the Fallen organizations combined resources and were officially merged, dedicated to consistently growing the mission paying tribute to many more state military fallen heroes and their families.

Since their inaugural beginnings were set in 2008, the idea of a combined 2018 tenth anniversary began to formulate. In homage to that first run event and to include the subsequent added numbers of military casualties, a second organized run across the United States, closely duplicating the original 2008 event was conceived. In the Spring of 2018 “America’s Run for the Fallen” was initiated. The run now honoring nearly 20,000 began April 7th in Fort Irwin, California and concluded 120 days later in Arlington National Cemetery. The route covering nineteen states over 4 months.

In order to undertake such a massive tribute we challenged every interested patriot to get involved. The needs were many, including route permits, overnight stays, food, daily planned ceremonies and more. Hundreds of dedicated runners, state leaders and volunteers assisted in managing particular areas of the country we ran through. One mile for each hero lost since the War on Terror began in 2000 with the USS Cole.

Using the model from America's Run for the Fallen 6,000 mile tribute, Honor and Remember Inc. has established a revised Run for the Fallen format. An organized tribute event to run specific miles for every State Fallen Service Member who died as a result of serving from any circumstance during the War on Terror.

We run one mile to honor and remember each fallen hero.
Regardless of war or conflict, branch of service or method of death,
we ultimately run for them all, honoring their service and sacrifice,
and remembering that they each gave up a future so that
we could have ours.
We give tribute to them by name wherever possible
and to the sacrifice of the families they left behind.

Follow Run for the Fallen as the journey unfolds.